Have Yourself A Merry Little Christmas by Frank Sinatra


Happy Christmas (War Is Over) by John Lennon 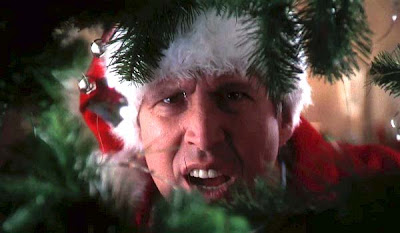 
Castles In The Snow

Do yourself a favor & groove with Gramatik...

OK I'll admit it. I drank a lot on Saturday night...not so much that I did anything embarrassing or lost anything valuable (except my sweater) but enough that I totally forgot to take any pictures or videos of BoomBox's killer set at CENTRAL in Santa Monica. CENTRAL used to be 14 Below & now it has rebranded itself as a night club, social aid & pleasure club. Despite the silly new name, it's still a fun spot. My show buddy summed up my evening perfectly when he said, "You weren't talking much but you were dancing a lot."

When I saw Warpaint open for Yeasayer at The Natual History Museum in February 2010, I didn't really know who they were. All I knew is that the Rules of Attraction actress Shannyn Sossaman used to be their drummer & that her sister Jenny Lee Lindberg was the bassist. I was impressed by Warpaint's set that night but I still didn't realize what I had been overlooking.

On the Saturday of Labor Day weekend this past September, I could hear Warpaint's set very clearly as I was walking into FYF Fest in Downtown LA but, because I couldn't actually see the show, I didn't give this extremely talented all chick rock band the full & proper attention they deserved.

Luckily, I had a 3rd chance to see Warpaint last night at The Troubadour in LA. They added a 2nd Troubadour show because the 1st one sold out right away. Last night's show sold out as well & I finally understood why. I haven't seen an all girl band rock that hard in, well, just about ever. Emily Kokal's voice is hauntingly beautiful & I can't stop thinking about their performance of the song Baby off their latest album The Fool. It was breathtaking.

I wasn't wearing socks last night but I probably should've been because it was pouring rain outside. I got soaked running from the parking lot to the front of the Staples Center where a VERY kind Craigslist stranger named Jose sold my friend & me 2 seats in Section 108 (the lower level) directly in front of The Wall for $130 a piece (FACE VALUE!). It was a Christmas concert miracle!!! AND, if I HAD been wearing socks, they would've been knocked right off! Get it? Roger Waters metaphorically KNOCKED MY SOCKS OFF! :-)

The Dark Side of the Moon at Coachella 2008 & The Wall at Staples Center 2010 are officially the 2 most spectacular productions I have ever seen my life.

If Roger is coming to your town, I am telling you...you MUST go see him! I am not kidding. Thank me later.
Mother should've run for President...
Bricks in the wall...
Closing animated sequence. Roger Waters is amazing...
Tear down the wall ("borrowed" footage from a different perspective)

When Bradford Cox of Deerhunter performs by himself, he is Atlas Sound & he is a genius.

Good hip-hop shows are few & far between. I’ve been to hundreds of concerts in my life yet only a few really great hip-hop shows stand out in my mind.

To this day, Black Star (Mos Def & Talib Kweli) closing out the Coachella main stage in 2005 remains my all-time favorite hip-hop performance but all 3 times I’ve seen Atmosphere (at Coachella 2006, Outside Lands 2009 & The Fonda in LA somewhere in between) have been BAD ASS. I LOVE Slug & Ant’s beats are like no one else’s. Ant also does the majority of Brother Ali’s beats, which was part of the reason why I was so excited to attend How The Grouch Stole Christmas featuring The Grouch, Brother Ali & Eligh at El Rey Theatre last night. I was pretty sure Brother Ali would be great but I didn’t know exactly what to expect from The Grouch & Eligh (both vets of the classic super group Living Legends). I was wholeheartedly impressed.

The Grouch’s set was SOLID & included guest appearances by Eligh & practically ALL of Living Legends (except for Murs…darnit) but, in my opinion, Brother Ali was the highlight of the evening. He performed a cover of recently deceased Eyedea’s Smile & I seriously almost cried (not typical for a hip hop show but SO touching!).

Brother Ali’s songs are full of positive messages &, in between songs, he shared some powerful stuff with the audience. At one point, he even managed to get everyone in the crowd to turn to the person on his/her left & right & say “I love you, motherf*cker.” I told a complete stranger I loved him & he said he loved me too. We had a moment…as did every other member of the audience. It was awesome.

Brother Ali is one of THE best (& most underrated) hip-hop artists of our time. If you don’t know his music &/or you think it’s a little strange to be a fan of a Muslim albino rapper, stop being so close-minded & start listening! :-)
Brother Ali
The Grouch & Living Legends
Eligh & The Grouch

Age of Adz by Sufjan Stevens

Zach Deputy is a smiling bearded one man jam band with a killer falsetto. I've never seen or heard anyone else quite like him. Watching him rock out with himself (& his super enthused hippie crowd) was a fabulous way to start my holiday week off right! I <3 this man & can't wait to see him perform again in a larger venue where I'll have a better view of him doing his thing! He's incredible!

Goodnight Bad Morning by The Kills

I've always loved Jose Gonzalez's cover of Heartbeats (one of my all-time favorite songs by The Knife) but I've never listened to much of his other solo work. I guess I've just assumed it'd be a little too mellow for my taste. I now have more music homework to do because the new album Fields by Jose's band Junip is BEAUTIFUL & I am intrigued.

Without You
It's Alright
Don't Let It Pass
Always

After being turned down by at least 20 friends when I asked if any of them wanted to take my 2nd ticket to see Fitz & The Tantrums last night at El Rey Theatre, I assumed I was one of the few people currently in the know about this up & coming unique new artist. I also assumed there would be a relatively small crowd at the show. I was wrong on both counts.

When Kat Corbin of KROQ came out from behind the closed curtains to introduce the band (something I've never seen done at the El Rey before), the sold out crowd went CRAZY! At that moment, I realized I was FAR from being one of the only people who knew about Fitz & The Tantrums &, more importantly, I was about to witness one hell of a performance...

Right Hand On My Heart by The Whigs

The video quality sucks but the audio is ALL GOOD! Give these boys a listen...

With a jam-packed, fun-filled weekend about to begin in less than an hour, I don't have time to give last night's show the proper breakdown it deserves but the bottom-line is that it was FANTASTIC. Nosaj Thing was stellar & newcomer Toro y Moi BLEW MY MIND! I was expecting to enjoy TYM but I had NO idea how talented he was. His recorded music is cool but its nothing compared to his live show. Toro y Moi is a MUST SEE. Plus, the visuals accompanying both sets were crazy awesome & I got some really neat pics (see below). The sold out crowd was enthralled...& so was I!