I'll probably never see the film Paper Towns but, because there's a brand spankin' new Santigold track on the soundtrack that was just released this morning, the movie will always be OK in my book! 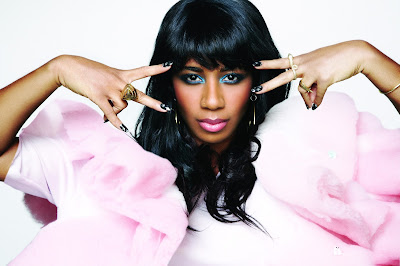 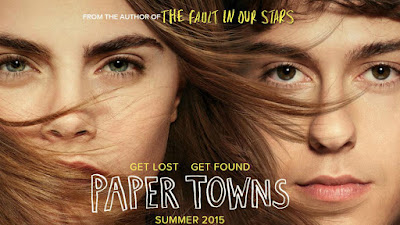 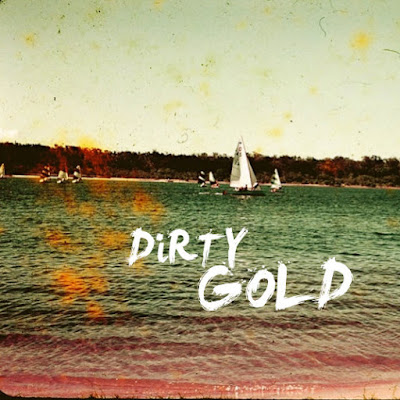 I wouldn't mind waking up to this song every morning this summer :)

California sunrise come on and wake me up 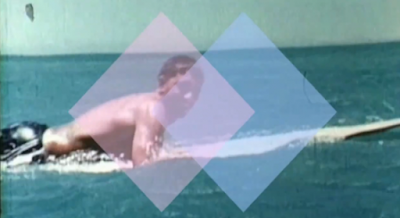 Them Changes by Thundercat

Them Changes is a funky, slow jam from Thundercat's new mini-album The Beyond / Where the Giants Roam that was co-produced by Flying Lotus & is really helping get me over the hump! ;-) 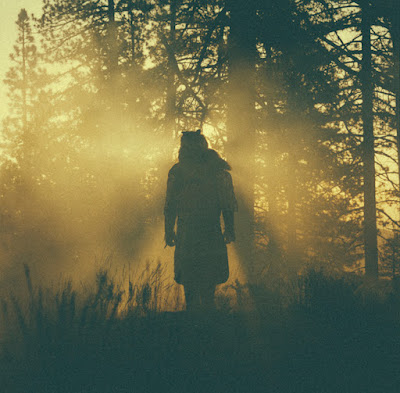 Roses by The Chainsmokers Featuring ROZES

This new track by The Chainsmokers featuring ROZES is sure to get your weekend started on the right foot.

Oh, I'll be your daydream, I'll wear your favorite thingsWe could be beautifulGet drunk on the good life, I'll take you to paradiseSay you'll never let me go 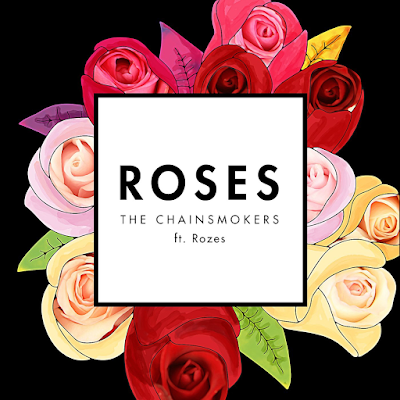 Last night, Jamie xx was joined by Romy Madley Croft & Oliver Sim (his bandmates from The xx) as well as Warpaint‘s Stella Mozgawa, Savages' Jehnny Beth, Chairlift‘s Caroline Polachek, Moses Sumney, Okay Kaya & the Harlem Gospel Choir for an unforgettable rendition of Loud Places from his debut solo album In Colour on Late Night with Seth Meyers. Now, I'm all the more inspired to try to snag tickets to his July 28th show at The Echoplex! 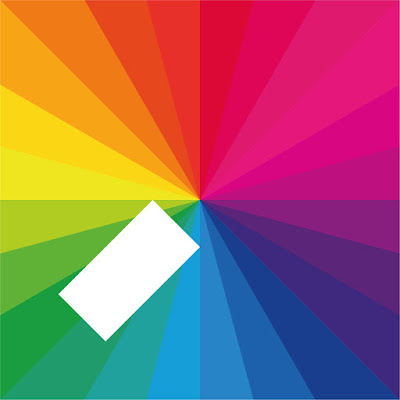 One of the MANY things I adore about Beck is his range &, since variety is the spice of life, Beck's brand-new, super dance-y track Dreams is making this Monday morning that much sweeter!! I love how Beck tends to alternate between mellow, beautiful, melancholy albums & upbeat, electronic, fun albums...because he does both SO well!

Happy With Me by HOLYCHILD

I wish I hadn't been introduced to HOLYCHILD 1 day AFTER they played the Troubadour in West Hollywood but I sure do hope I get another chance to see them soon!

Thanks for the most excellent recommendation, Darin aka Tivo Sensitivo :) 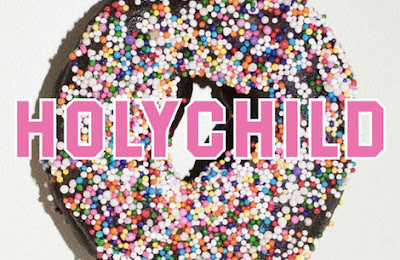 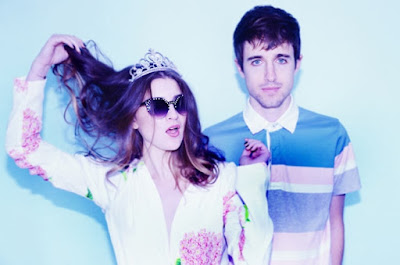 Based on Forever Mine alone, I'm thinking gorgeous, 30-year-old Andra Day just might be the female Leon Bridges. I'm not exactly a Jason Derulo fan but his Friday night performance of Want to Want Me on The Tonight Show Starring Jimmy Fallon forced me to admit the dude is talented. He sure can DANCE! Plus, The Roots always help :) 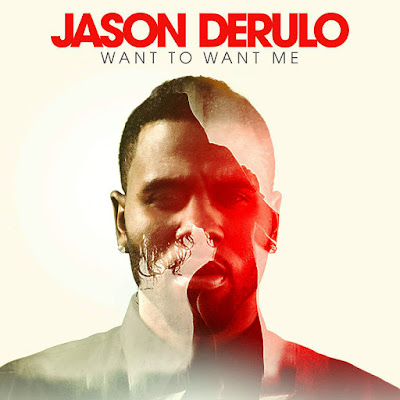 On Thursday, August 13th, everyone smart enough to be down on the beach for the 6th straight week of the 31st annual Santa Monica Pier Twilight Concerts will be JAMMIN' OUT to the 1982 classic reggae track Bam Bam by Sister Nancy!! 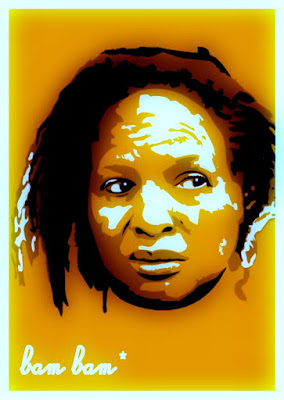 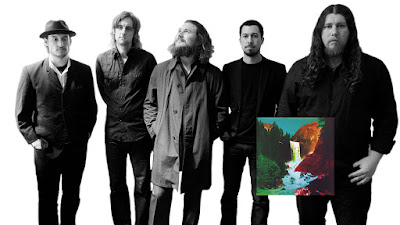 My recent 16th My Morning Jacket show was an especially amazing, intimate & unforgettable one. I was offered a FREE +1 to MMJ's May 7th KCRW/NPR First Listen of The Waterfall show at Mack Sennett Studios literally 2 hours before the 7pm start time by a guy I befriended at My Morning Jacket's 1st One Big Holiday in Mexico in January 2014 & who I had not seen even once in almost a year & a 1/2. I couldn't have gotten more lucky & I couldn't be more grateful to my friend Chris for thinking of me & hooking me up with access to not only the show but ALSO to the 4 HOUR AFTER PARTY WITH THE BAND!!

I rubbed elbows, drank free cocktails & BSed for over 4 hours with Jason Bentley, MMJ's manager, Christopher Mintz-Plasse aka the actor who played McLovin in Superbad AND, most importantly, the ENTIRE band including my rockstar idol, Mr. Jim James himself! My buddy is actually friends with all the members of MMJ (which is something I wish I'd known sooner but better than late than never!!) & he was so kind as to introduce me to every single 1 of them. I didn't take any photos with anyone because I was trying to play it cool but I'll never forget what ended up being 1 of the greatest nights of my concert-addicted existence :) :) :)

P.S. I didn't want to take away from anyone's special experience (including my own!) of hearing The Waterfall live & in its entirety for the 1st time so I didn't take any footage of the show until the VERY end when MMJ threw in a few, non-Waterfall fan favorites, including Wonderful, The New Basement Tapes' excellent track Down On The Bottom, Circuital & Victory Dance: 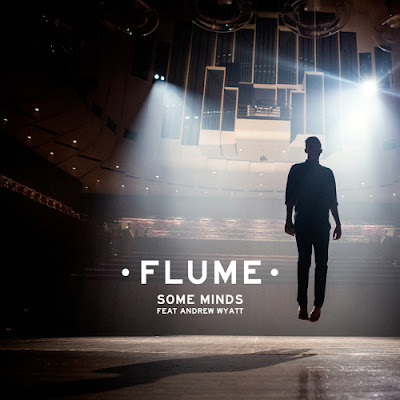 Although nothing has been confirmed, I assume this new Flume track featuring Andrew Wyatt of Miike Snow will probably be the 1st single from Flume's highly anticipated sophomore album. Until we know for sure, we have this rad, tripped-out Clemens Habicht-directed video which was shot inside the Sydney Opera House & incorporates dance and choreography by Australian Ballet member Callum Linnane to tide us over!