I can't get enough of Sarah Ellquist de Blanke! She's super hot AND she's got an incredible voice. Plus, she & her boys do a fantastic cover of INXS' Never Tear Us Apart that just makes me adore Robotanists even more. I really wish I could make their May 29th show at Bordello in Los Angeles! If you haven't yet had the pleasure of seeing Robotanists live & you're in town over Memorial Day Weekend, you should make a point to be at that show!

For more info on Robotanists, go to: http://robotanists.wordpress.com/
Posted by TEST at 7:45 AM No comments:

Round & Round by Ariel Pink's Haunted Graffiti

Last Thursday night, my friend Tom offered me a free ticket to see Japandroids, a Canadian garage rock duo, at The Echoplex in Echo Park. Considering how much money I spend on live music on a regular basis, there was no way I could refuse a free show. I'd never heard a single Japandroids song before & I thought it'd be kinda fun to go in blind (or deaf, if that makes more sense). I was pleasantly surprised by how much I enjoyed Japandroids' set. I just might have to see them again at Sasquatch next month!

LCD Soundsystem didn't perform this fantastic song from their new album This Is Happening last Friday at Coachella but I'm optimistic they'll play it at Sasquatch &/or The Hollywood Palladium on June 4th. After the Palladium show, I'll have seen LCD Soundsystem live 6 times. It'll be the most times I've ever seen one artist. I love it :-) 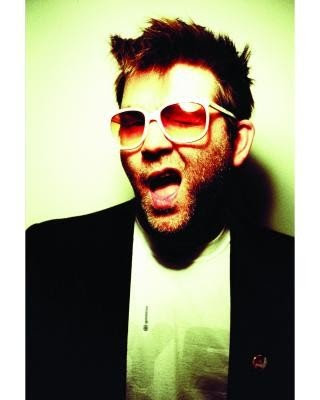 Last Friday morning before Day 1 of Coachella 2010, my good friend Lyndsey & I sipped coffee in the backyard of our desert home while gazing out at a sparkling little lake on a bright green golf course with the breathtaking Palm Springs mountains in the distance. While we were lounging in the shade preparing ourselves mentally for the craziness that was about to ensue on the Empire Polo Fields later that afternoon, Lyndsey told me a story about her 1st Coachella experience that captures the essence of Coachella beautifully.
On the Friday of Coachella 2008, The Raconteurs played the sunset show on the main stage, which is the best timeslot of the weekend, & they were incredible. Jack White is a musical genius & one of the best live performers I have ever seen.

During The Raconteurs’ set, there was a moment, while Jack was at the piano performing Blue Veins in the warm desert breeze after the sun had just dropped behind the mountains, that Lyndsey said made her feel SO unbelievably happy she almost started to cry. It was tough but, at the time, she managed to hold herself together. This particular moment is also one of my own favorite Coachella memories because it was pure perfection.
A few days later, after 3 glorious days on the polo fields, Lyndsey was at LAX preparing to fly home to Boise, Idaho. She had just passed through security & suddenly, out of nowhere, tears started streaming down her face. She was overwhelmed with sadness because Coachella was over but she was also overwhelmed with joy because her 1st Coachella weekend had been so amazing. Lyndsey has now been to Coachella 3 years in a row & she & I are already planning on renting a house as soon as possible for Coachella 2011.

Coachella is SO much more than just a music festival. Although the music is obviously the primary focal point, there are many other vital components. The people, the desert setting, the atmosphere, the lights, the artwork, the food, the beer gardens, the weather & the all around super happy, positive vibes combined with the mind-blowing musical performances make Coachella an unforgettable EXPERIENCE that keeps people coming back year after year.

Last weekend, 225,000 people (an average of 75,000 per day) trekked out to the California desert from all over the country, & even around the world, to spend 3 full days enjoying good music, good weather & good company. Every person I saw on the polo fields seemed to have a permanent smile plastered on his/her face. There were far too many fantastic performances to count & there was no way to see them all but my TOP favorite shows included Aeroplane, LCD Soundsystem, Fever Ray, Jay-Z, Major Lazer, Muse, The Dead Weather, 2ManyDJ’s, De La Soul, Florence & The Machine, Charlotte Gainsbourg, Spoon, Orbital, Thom Yorke & Gorillaz. I still can’t get over the fact that I got to see James Murphy, Jack White AND Thom Yorke all in one weekend!
I’m grateful to have the Sasquatch Music Festival at The Gorge in Washington coming up over Memorial Day Weekend to help alleviate some of my Post-Coachella Depression but I still can’t help but be counting down the days until Coachella 2011. Only 359 days to go! :-)
Check out these clips of my favorite shows!!!
AEROPLANE
LCD SOUNDSYSTEM
FEVER RAY #1 - Set opening
FEVER RAY #2
JAY-Z
MUSE
THE DEAD WEATHER
CHARLOTTE GAINSBOURG
SPOON
ORBITAL
THOM YORKE #1
THOM YORKE #2
GORILLAZ #1
GORILLAZ #2
And a few non-musical reasons Coachella is so much fun...

If you need me anytime between now & Monday, come find me on the Empire Polo Fields in Indio, California at COACHELLA!!! It's MY happiest place on Earth! Stay tuned for a full day by day report next week!

Email ThisBlogThis!Share to TwitterShare to FacebookShare to Pinterest
Labels: Festivals, My Shows, Venues

2 Chances to See The Muddy Reds NEXT WEEK!!!

On Saturday night, I went to one of the coolest little shows I've ever been to in LA. I saw Robotanists & Atlantic Line at The Garden Party in Downtown LA. I'm not sure if The Garden Party is the actual venue name or if we just happened to be seeing a show inside someone's loft or Downtown office but, regardless, the atmosphere was chill, the setting was intimate & both bands were killer. The fact they were selling $3 cans of Tecate didn't hurt either. I do love me some cheap beer :-)
Sarah Ellquist de Blanke of Robotanists struck me right away as a sexy little blonde but then, when I heard her voice, I kinda fell in love. Robotanists are a band everyone has to see live. I'll even go as far as to predict they'll be on the Coachella lineup next year. Their next 2 shows are on April 26th at Spaceland & May 23rd at The Dakota Lounge & I'll definitely be at both shows.

Atlantic Line is a band I didn't even know I'd be seeing on Saturday night. I thought Robotanists were playing one set for their record release show & that was going to be it. When I heard there was going to be another band, I figured I'd stick around to see if they were any good & I am SO happy I did. I hate to make comparisons but Atlantic Line reminds me of Radiohead &, since Radiohead is one of my favorite bands, I was hooked after just one song.

Atlantic Line's next show is on May 6th at The Silverlake Lounge &, after checking out their full album which you can download for free at http://atlanticlinemusic.com/album.php, I have a feeling some of you will be joining me.

When my friend Paige invited me to go see Ha Ha Tonka at the Troubadour in West Hollywood last night, I was initially interested because I'd never seen a show at the Troubadour before & had heard nothing but great things about the venue. I didn't know the band Ha Ha Tonka but Paige was singing their praises. She told me, the first time she saw them perform, she wasn't expecting much since she didn't really know them or their music & they blew her away. When a friend who I think has excellent taste in music tells me something like that, I listen. These country boys from Missouri had me & the entire crowd totally enthralled.

Plus, the Troubadour is SO sweet! It's small & intimate & the acoustics are perfect. I can't wait to go back on April 30th to see Antlers & Phantogram!

For more info on Ha Ha Tonka, go to http://www.hahatonkamusic.com/
Posted by TEST at 6:35 PM No comments:

Two by The Antlers

Next Sunday at Coachella will be the 3rd time I've had the pleasure of seeing Spoon perform in person. They sound incredible live &, with the latest album Transference added to their repertoire, I predict they'll be better than ever.

Written in Reverse on KCRW

I Turn My Camera On
The Ghost of You Lingers

My 1st show ever at the Troubadour on Friday 4/30 is gonna be frickin rad. I love having friends who are just as music obsessed as I am & turn me on to cool new artists. Phantogram is tight.

Charlotte is gonna kick ass at Coachella! I'm holding out hope that Beck will make a cameo :-)

If money makes a man strange...we gots to rearrange
So what makes the world go round
If love is against the law...listen I don't know
Gotta change how it's goin' down. 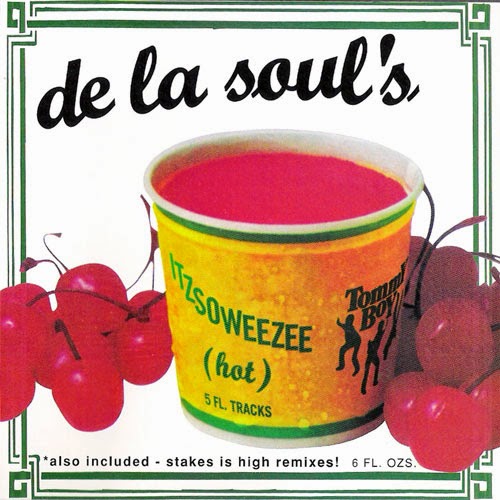 Lungs by Florence & The Machine

I cannot wait to see Florence & The Machine at Coachella 2 weeks from tomorrow! I just discovered Florence last night & am 100% obsessed. The entire album Lungs is unbelievable.

Next Girl by The Black Keys

Another new Black Keys track has been released!!!

Listen to Next Girl streaming at http://www.fuelfriendsblog.com/2010/03/31/my-next-girl-will-be-nothing-like-my-ex-girl/

My buddy Josh Brooks a.k.a DJ PZB performing at Two Step Tuesday in Westwood. If only there had been awesome live DJs spinning at Brew Co back when I went to UCLA! I would've been there every night!
Posted by TEST at 12:35 AM No comments: