I'm SO excited to see Delorean at FYF Fest on Saturday!

Comfy in Nautica by Panda Bear

I am SO pumped for FYF Fest next Saturday in LA State Historic Park! Panda Bear (of Animal Collective) is sure to be spectacular.

Speaking of Phish, Phish Fest 8 last Halloween was one of the coolest, most unique events I have ever had the pleasure of attending. It was the 1st time I ever camped at a festival & it was WAY more fun than I expected sleeping in the back of a truck for 3 nights could be. The fact that everyone was there for the same band for the whole weekend made for an unbelievable crowd experience. The band played 8 sets over 3 days &, on Halloween night, Phish covered The Rolling Stones' Exile on Main Street with Sharon Jones & The Dap Kings backing them & it was INCREDIBLE. I wasn't a huge Phish fan before Phish Fest 8 but I now consider myself a bona-fide Phish Head :-D

Phish may not have covered The Rise and Fall of Ziggy Stardust and the Spiders from Mars by David Bowie at Phish Fest 8 last Halloween but, if they had, it would've been amazing! It's definitely one of the greatest albums of all time :-) 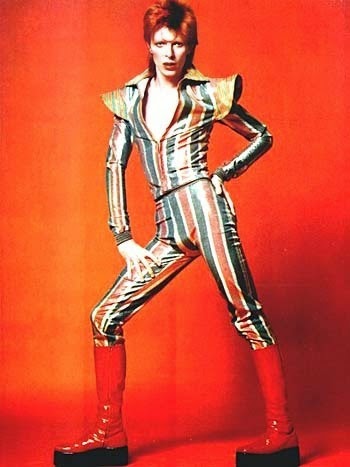 I can't stop listening to Arcade Fire's latest album The Suburbs. It's simply magical & they way they utilize the piano throughout the entire album is absolutely brilliant. I CANNOT WAIT to see AF on October 7th at The Shrine Auditorium in Los Angeles!

Ready to Start
We Used To Wait
Deep Blue

Last weekend was the 3rd annual Outside Lands Music Festival in Golden Gate Park in San Francisco &, although this year was only 2 days instead of 3, it was still absolutely FABULOUS! My Morning Jacket blew my mind on Saturday. It was the 4th time I have seen MMJ &, as usual, they totally kicked ass. Jim James is a god. He looks like a lumberjack yet he sings like an angel :-) Other favorites (in no particular order) included Janelle Monae, Furthur, Pretty Lights, Wolfmother, The Strokes, Edward Sharpe & The Magnetic Zeros, Slightly Stoopid, Phoenix, Damian "Jr Gong" Marley & Nas &, last but definitely not least, Kings of Leon. The only 2 acts I missed because the timing was just not working out were Cat Power & Empire of the Sun but I think/hope I'll have other chances to see them. I could give you every detail about every show but, since they say a picture is worth a thousand words, these videos should be worth at least a million:
PRETTY LIGHTS
BASSNECTAR
MY MORNING JACKET
WOLFMOTHER covering Teenage Wasteland
THE STROKES
JANELLE MONAE
EDWARD SHARPE & THE MAGNETIC ZEROS
SLIGHTLY STOOPID
PHOENIX
DAMIAN MARLEY & NAS
KINGS OF LEON
Posted by TEST at 7:40 PM No comments:

Outside Lands Is Almost Here!

I cannot wait to see Menomena at the El Rey in LA on September 16th! Their latest album Mines is INCREDIBLE!
Dirty Cartoons


Oh Pretty Boy, You're Such A Big Boy

The 2 Best Coldplay Songs EVER

God Put A Smile Upon Your Face