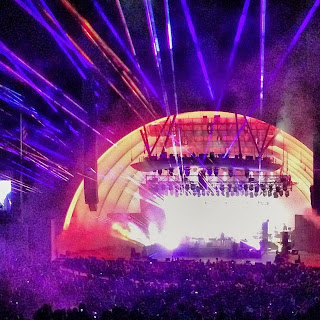 Last Sunday night, I was lucky enough to go see Austra, Chromatics & The XX at Hollywood Bowl with 3 of my favorite people. Knowing it was my last Bowl show of the season made it slightly bittersweet but I couldn't have asked for more fantastic triple act lineup, more beautiful end of summer evening weather OR a more kickass concert crew so I've got no complaints! :) 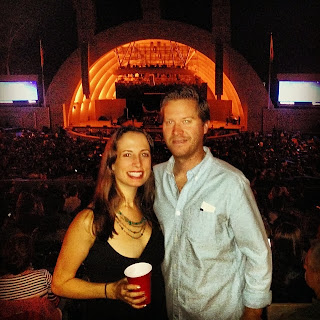 At first, I thought Chromatics were the only opener so Austra was icing on the cake! The lead singer of Austra has such a gorgeous voice you'd almost think she used to sing opera (maybe she did...I need to look that up! lol). Chromatics were super funky & groovy &, although I couldn't place their track from the Drive soundtrack precisely at the time they were playing it, I later realized the reason I recognized & liked the song so much was because it was in that dark & moody Ryan Gosling movie with that RAD soundtrack!

Finally, the headlining act, The XX, were better than I could've possibly hoped they'd be. Previously, I'd only caught a couple songs of The XX's sets at both Coachella & Sasquatch but I'd never seen a full performance thinking I'd get bored &/or the songs would start to sound repetitive. It turns out I didn't get bored AT ALL &, despite a lot of their tracks having a similar vibe, The XX is certainly able to pull off a fantastic, full-length show.

The 2014 Bowl season can't get here soon enough. I love that venue SO much!! 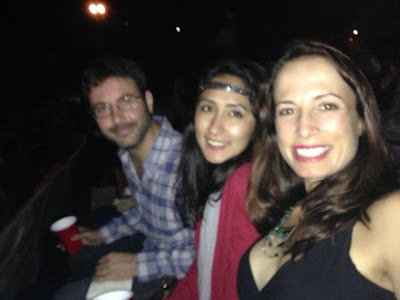 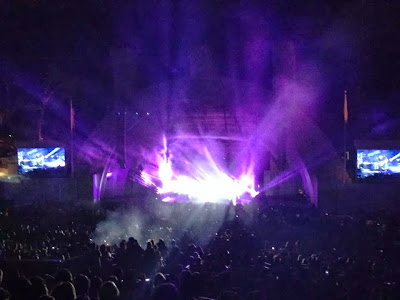 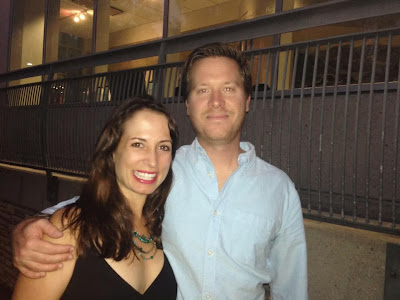 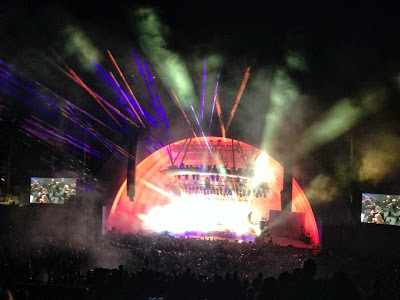