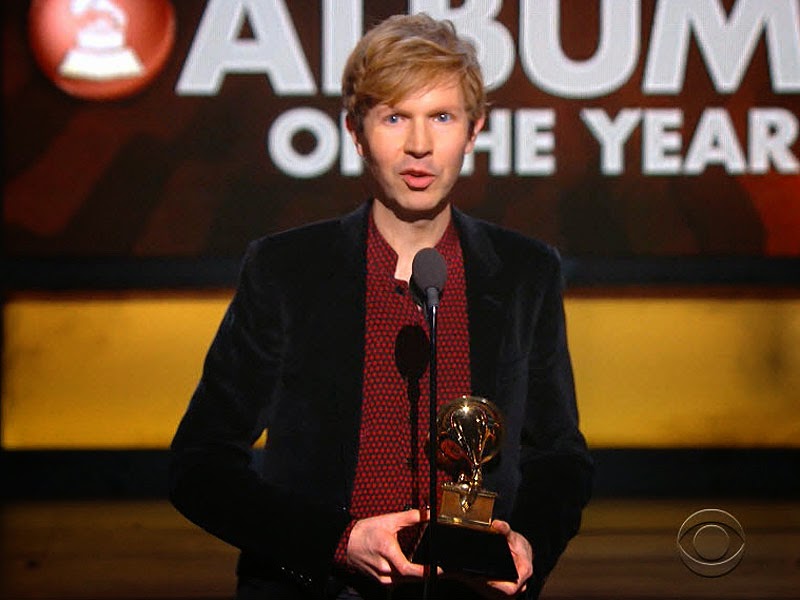 I just finished watching the 2015 Grammy Awards ceremony on TV & I'm beyond grateful I chose to record the awards ceremony while I was at a concert so I could then come home & jump through the commercials. It worked out perfectly because it only ended up taking me about 2 hours to watch what would've taken 3 AND A HALF hours to watch live! I feel for people who stuck it out watching in real time because, overall, the show was a giant snooze-fest. Beck winning 2 Grammys for Morning Phase & Kristin Wiig surprising everyone with her emotionally charged (& unexpectedly serious) interpretive Chandelier dance are the only 2 truly noteworthy things that happened the entire 210 minutes!


The very few other highlights were AC/DC opening the show (which got me extra pumped for their Coachella headlining set), Lady Gaga & Tony Bennett dancing & BEAUTIFULLY singing Cheek to Cheek, Annie Lennox joining Hozier for I Put A Spell On You & Madonna at least TRYING to keep things interesting despite no longer being musically relevant. I wish Madonna would've performed a medley of her countless hits versus a new, not-very-good song no one recognized. I also, of course, love Beck live ALWAYS but could have done without Chris Martin on backup vocals. I understand the Grammys like to do as many mash-ups as possible but sometimes I wish they'd sometimes just leave well enough alone. 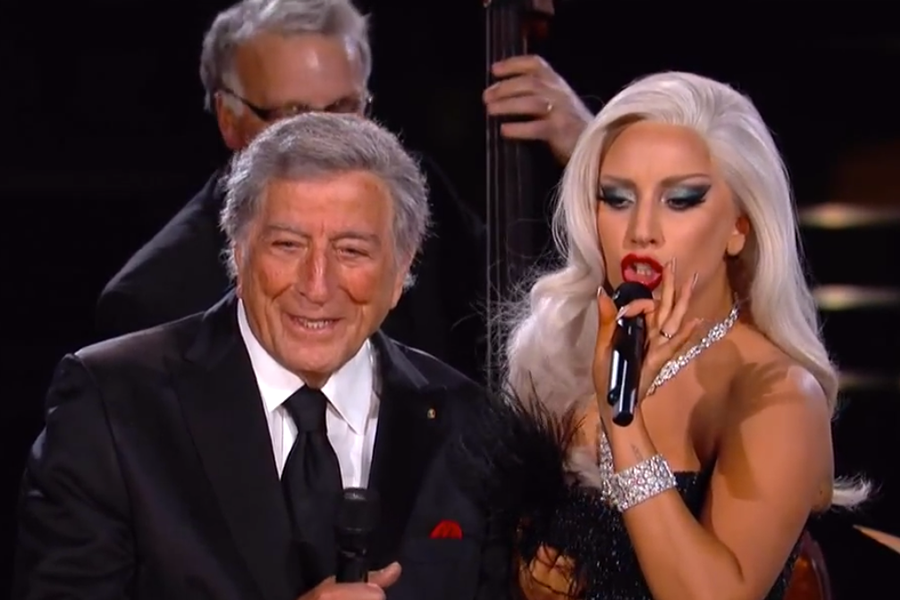 The majority of the whopping 23 musical performances last night were overwhelmingly lackluster. Maybe I'm not being sensitive enough but, if I'm going to watch artists like Beyonce, Katy Perry, Ariana Grande, Adam Levine, Gwen Stefani, Usher & Kanye perform live, I want upbeat songs with fun, flashing lights & cool choreography. I don't want to watch Usher singing with ONLY a harpist & black & white photographs of trees backing him. I also don't want to stare at an overly auto-tuned Kanye dancing over a solitary white light for 5 minutes. Every Grammy performance doesn't need violinists & a gospel choir in order to class things up a bit. I'm not saying there shouldn't be ANY slow songs performed at the Grammys. Feel free to throw in a top quality ballad here & there then utilize the rest of your time actually entertaining the masses...not boring them to sleep (OR fast forward...as I occasionally couldn't help but do).

Also, they totally should have included a montage of all the other already awarded GRAMMYs!!! Jack White, Kendrick Lamar, St. Vincent & Aphex Twin are exceedingly more interesting to me than 90% of the people they were praising during last night's televised awards ceremony.

Finally, no matter how much everyone else apparently LOVES Stay With Me by Sam Smith, I think it's annoying & ridiculous that Smith just won 4 Grammy Awards essentially for only ONE song. I've tried listening to Smith's album In The Lonely Hour in order to give it a proper listen & chance but found that, despite being well produced, it's simply not my cup of tea. I can only stand Smith's voice for 1-2 songs max then I'm eager to switch things up ASAP. I'd take Taylor Swift, Katy Perry &/or Beyonce over Sam Smith ANY day.
Posted by TEST at 11:56 AM