I hate to say it but, after 5 straight years of attending FYF Fest in Downtown LA, I'm going to have to pass on FYF Fest 2015.

Despite there being plenty of artists I'd happily see, they're pretty much all FYF repeats, including several artists who JUST played FYF 2014, &/or artists I've already seen multiple times. I'm significantly more stoked on Modest Mouse playing Hollywood Forever Cemetery on Friday 8/21 (which was also just announced this morning) than I am on 2 full days of FYF. Tickets for Modest Mouse go on sale Friday 5/8 at 12pm PST. 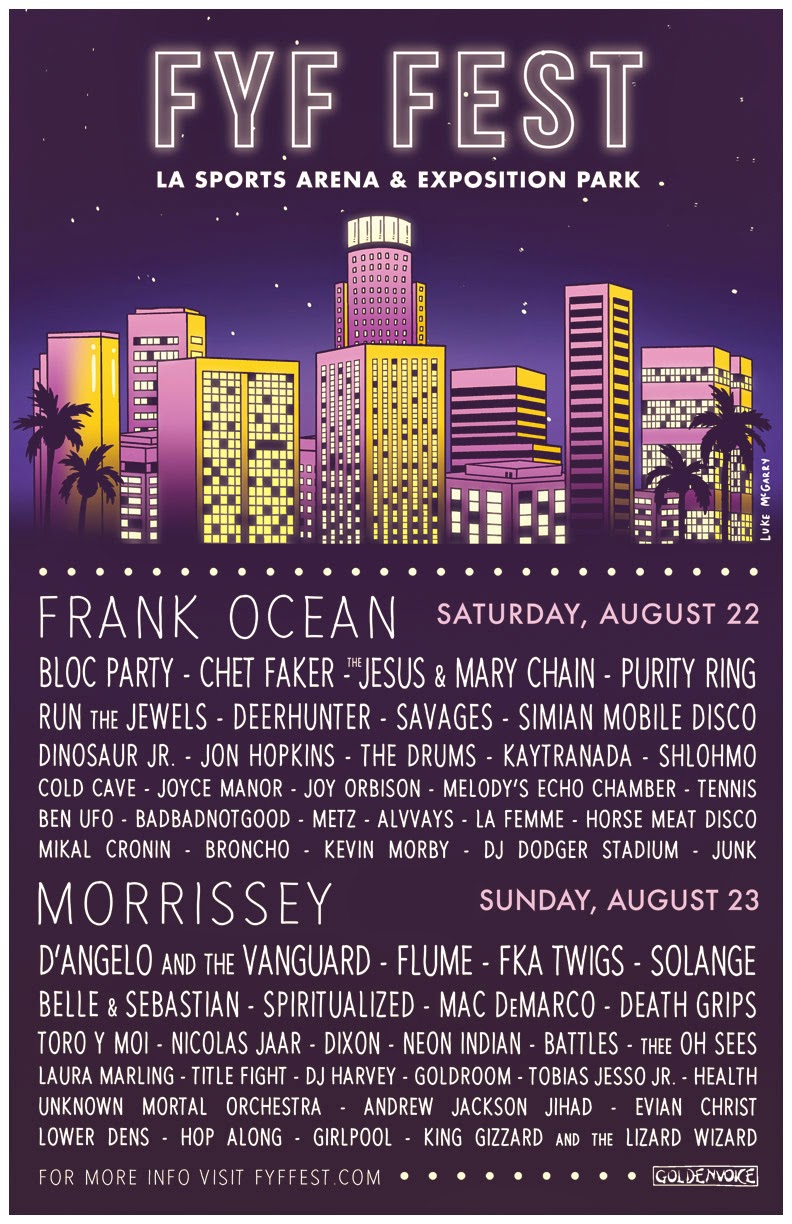