The Must-See Acts of Outside Lands 2015 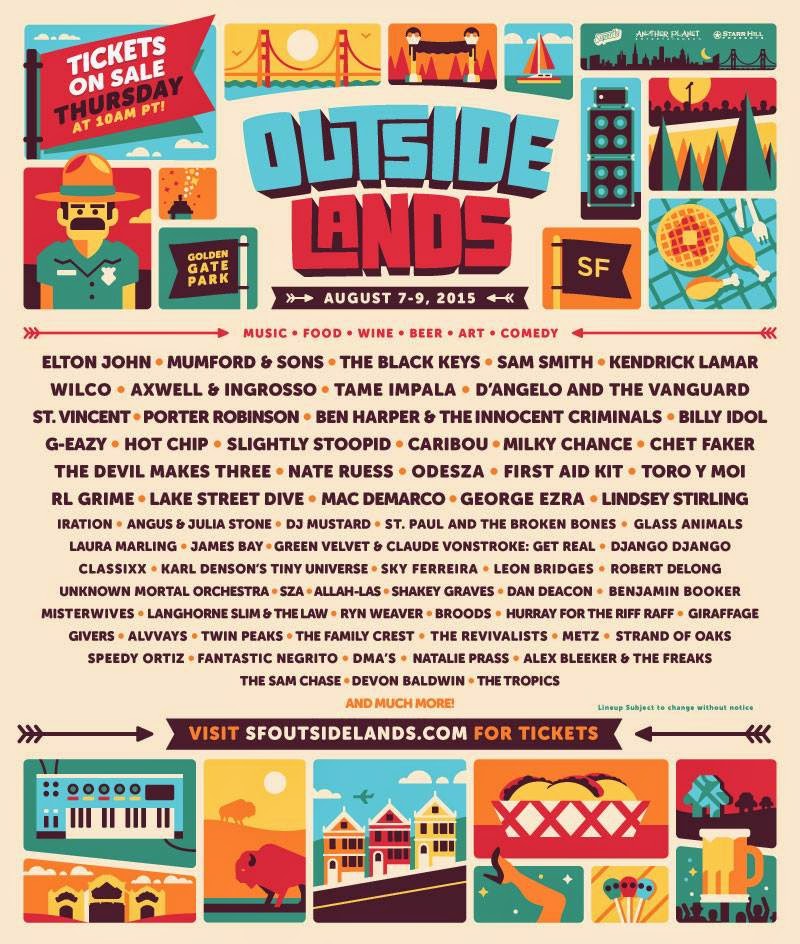 This morning at 10am, Outside Lands dropped their 2015 lineup announcement 2 weeks earlier than ever before!! This August 7-9 will be the 8th Outside Lands Music and Arts Festival since the festival 's 2008 inception. Outside Lands 2015 will also be MY 8th year attending the fest in Golden Gate Park! I already purchased my Eager Beaver pass on March 12th in order to maintain my perfect attendance record :) I'm SO excited to see Elton John, Kendrick Lamar, Robert DeLong, D'Angelo, Billy Idol & Shakey Graves all for my 1st time!

AND MORE TO COME!! Unlike Coachella, both Outside Lands & Sasquatch do their loyal festival attendees a solid by actually adding artists to the lineup between the initial announcement & the festival. Coachella stopped doing that years ago :-P 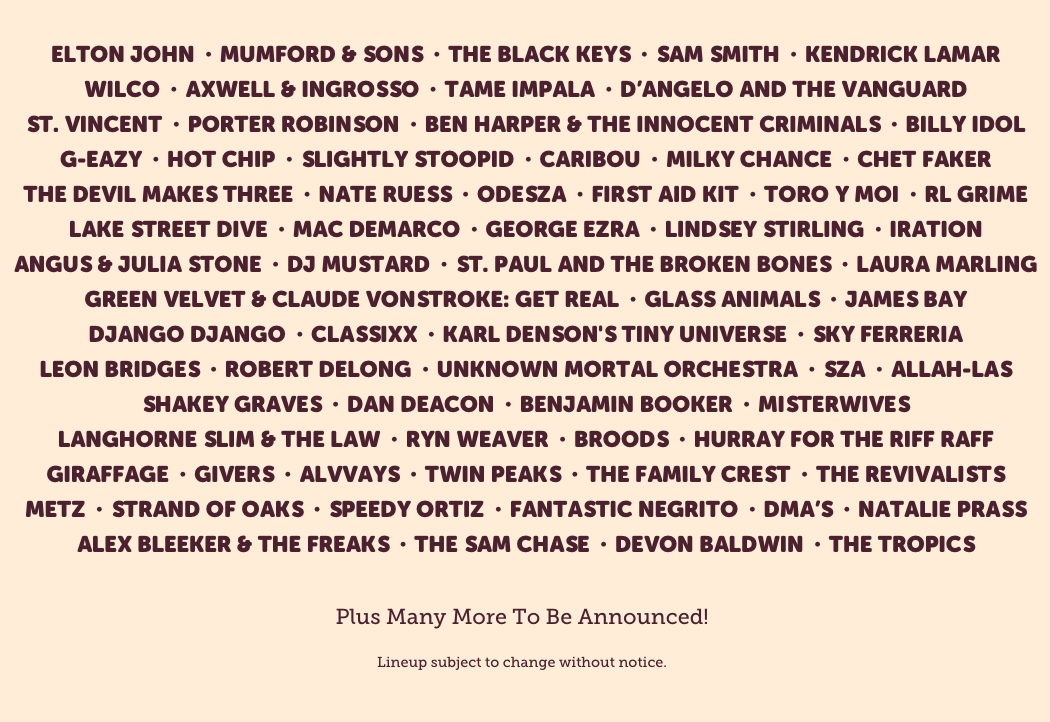